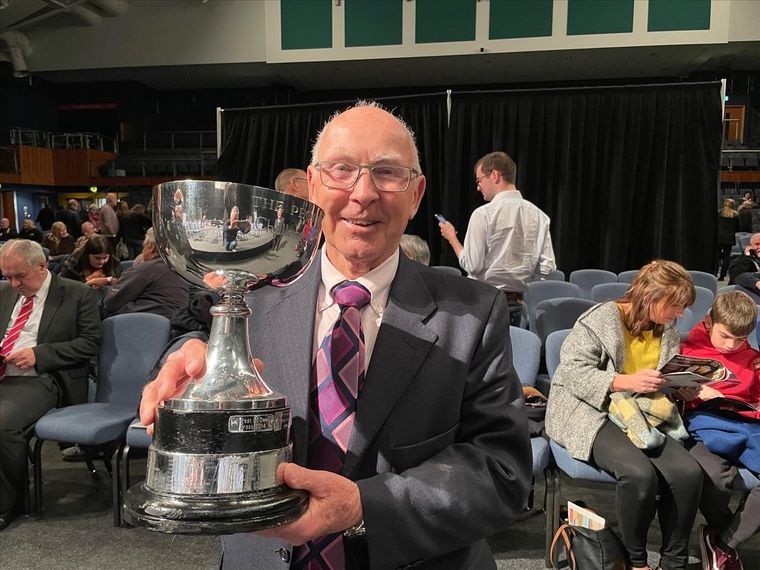 John Berryman A.L.C.M., L.T.C.L. is a native of Cornwall, and started his musical career at the age of eight with the Cambourne Town Band and began his realtionship with Helston Town Band in 2016 taking the band to the SWBBA Contest.

His record with the band is outstanding, with 3 wins and a 4th place from 7 contentsts entered as well as 2 National Finals appearances, with a 3rd to come in September 2022.

John was principal cornet of The National Youth Brass Band for several years before joining the Munn and Felton Works Band at the age of eighteen. Within a year he had been appointed Principal Cornet and went on to establish a reputation as one of the finest players in the brass band world, winning three National titles with this band when it was known as the GUS (Footwear) Band.

In 1969, John went back to Cornwall to start a conducting career with the Bodmin Town Band, moving on to Grimethorpe Colliery Band to work with Elgar Howarth. He came back to conduct GUS after ten years in charge of the William Davis Construction Group Band, and led them to BBC "Band Of The Year" trophy and many other prizes.

John was employed by the Northamptonshire County Council as a brass tutor and was responsible for the County Youth Brass Band, which has toured America, Canada, Norway, Austria and Yugoslavia. John is also a much-requested adjudicator at major band and other music festivals.

In 1987, John was awarded The Iles Medal of The Worshipful Company of Musicians of the City of London for his outstanding services to brass band music.